Speed and safety: how to convince officials to make bike lanes?

An educational camp for activists and novice designers was held on August 10-12 in the village of Granovka, Gomel region. We have collected videos of lectures, abstracts from the speeches of experts and the results of the event for you in one material.

An educational camp for activists and novice designers was held on August 10-12 in the village of Granovka, Gomel region.

The first rules for a bicycle appeared at the beginning of the 20th century.

In the 19th century, the streets of Minsk were a truly public space, and there were no separate streets for pedestrians and transport. The first Minsk bicycle rode through this city, maneuvering between people and horses.

This was around 1895. And a little later, at the beginning of the twentieth century, the first traffic rules for a bicycle appeared in the city.

- These rules were repressive. They did not completely forbid movement in the city, but it was possible to move only on the right side of the street, at low speed and on special low-wheel bicycles. Before overtaking the stroller, it was necessary to give a signal by ringing. At the same time, cycling was developing, and a very popular cycle track was organized in Gorky Park, - says the architect, specialist in bicycle infrastructure Pavel Nishchenko. 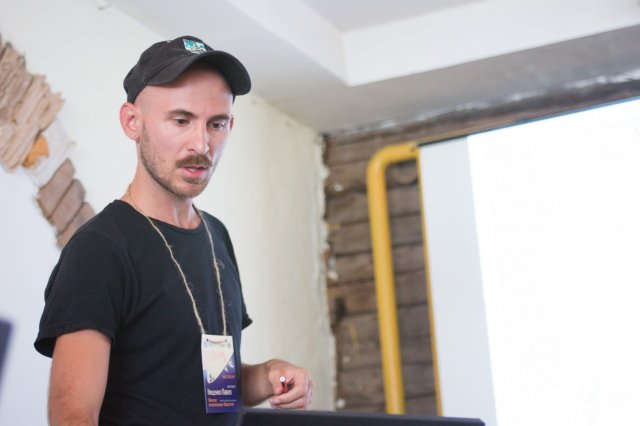 In 1913, there were 500 registered cyclists in Minsk, and the city was disproportionately fewer (91,000 people according to the 1897 census). The bike itself was expensive, plus the owner paid an annual maintenance fee. Nevertheless, the bicycle was also considered an official transport: for example, for postmen or employees of the Libavo-Romny railway.

In the 50s, cars were gradually given priority, and the bicycle became a means of transport for older people, "not prestigious" among young people.

- Cities became car-oriented, began to grow in breadth. The city is turning into a place for cars, not people, radial-ring road schemes and an expansion of automobile infrastructure appear. At the same time, the quality of the urban environment deteriorates: noise appears, air pollution, deterioration of mobility conditions in the form of underground crossings, and so on, - describes motorization Maxim Puchinsky, specialist in bicycle infrastructure. 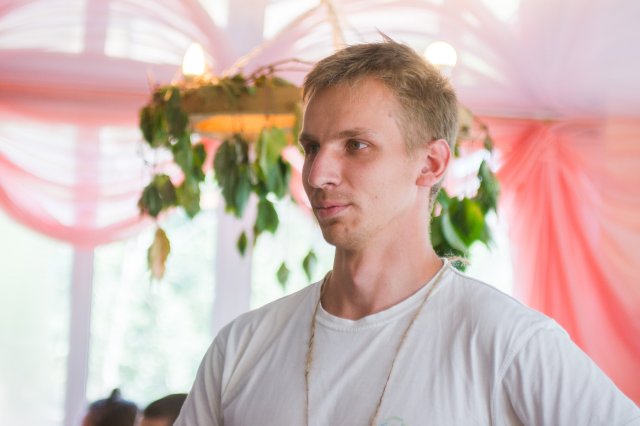 Video with the presentation of Maxim Puchinsky is available link.

The wave of sports bicycles came to Minsk only in the mid-2000s.

“When I started to ride in 2006, a typical cyclist looked like me: a sporty guy, perhaps in uniform,” says the chairman of the board of the Minsk Cycling Society Pavel Gorbunov... - But now sportswear and mountain bikes are leaving, and they are being replaced by a bicycle with a planetary hub and a straight fit. People demand more comfort, and scooters and electric scooters are emerging, mono-wheels - what we call means of portable mobility.

By the way, I avoid the word "cyclist", instead I started to say: "a person who rides a bicycle." This is important to avoid escalating conflicts [between owners of different vehicles]. It is important for us that the one leaving the house has one question: to take a car or will it be more convenient by bicycle? 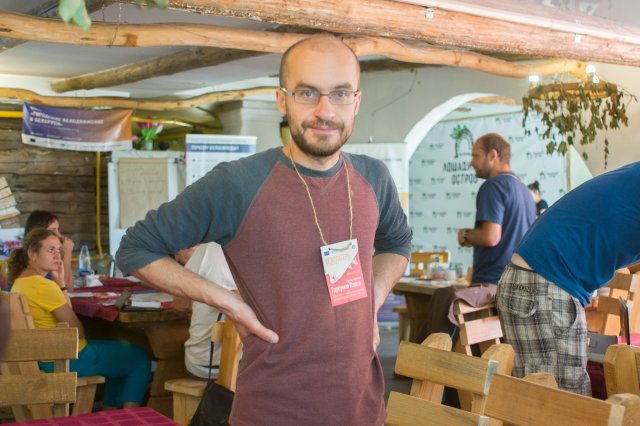 The demand of citizens for infrastructure is growing, and it is spurred on by the National Concept on the Development of Cycling in Belarus, which appeared in 2018. According to it, all cities are required to create working annual plans for the development of cycling, and settlements with a population of 50,000 or more are required to create their own concepts and working groups.

The National Concept has not yet turned into a desktop document for administrations, but it will be a useful argument for activists who want to develop their city. Although it's not that simple:

- When lobbying for changes in the city, you need to understand what you want to get as a result, and, therefore, to understand the design, - says a member of the board of MBO Evgeny Horuzhy. 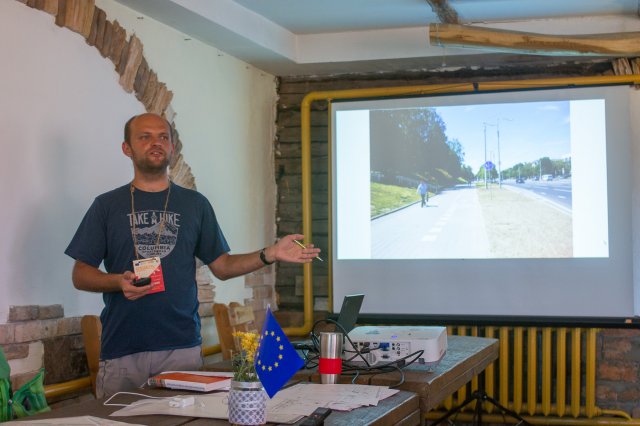 According to him, there are only 5-10 experts in this field in Belarus, and they may not have enough time for your city. Therefore, the simplest thing is to train ourselves and conduct a dialogue with the authorities prepared.

Video with the presentation of Evgeny Khoruzhego is available link.

And if the authorities are not interested or even oppose the activists? First of all, don't be surprised:

- When we started, we met opposition on a personal level: we were told that they did not want to do something or did not want to spend money on us, they asked how many cyclists there were in the city, says Pavel Gorbunov. 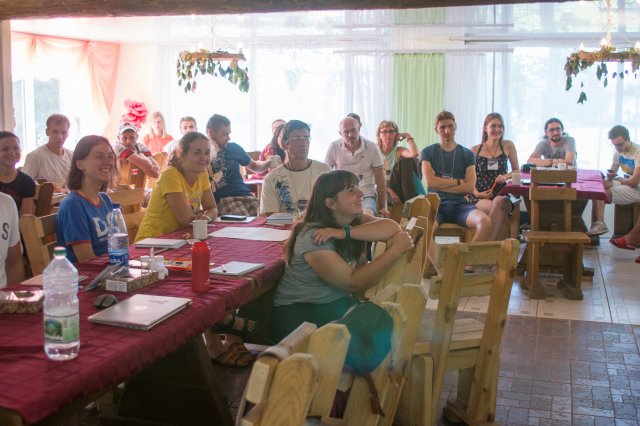 - Building communication with the city for 7 years, we have achieved the creation of a formal body - Cycling Development Council... We are working with the administration and the traffic police, we started working with the designers. We provide an expert vision and offer such a scheme to other cities.

Cycling tips are already available in Gomel, Grodno and Brest. In Mogilev, it did not work out, in Vitebsk so far there was no talk about it at all. In small towns, it is possible that they will be replaced by working groups, where activists and representatives of the executive committee not lower than the deputy chairman would participate. This is followed by the creation of the alleged cycling infrastructure schemes. 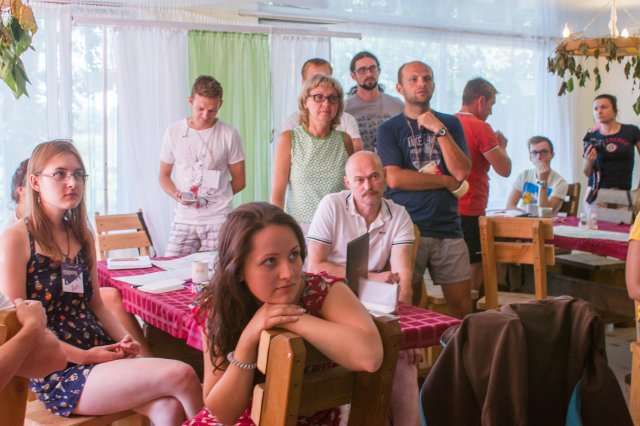 Not only good infrastructure ideas will help to find a common language with the administration, but also the calculation of bicycle traffic on the busiest streets during rush hour or the socio-economic justification for the development of a bicycle.
BNPP and MVO announced their research on this topic, which they plan to present in September. As a spoiler: about 40% of all the city's monetary benefits - health care savings.

- For example, in Minsk there is an avenue, moving along which, people gain time, but suffer from environmental degradation, and to a greater extent than benefit from the economic effect, - explains the representative of BNPP Evgeny Loiko. 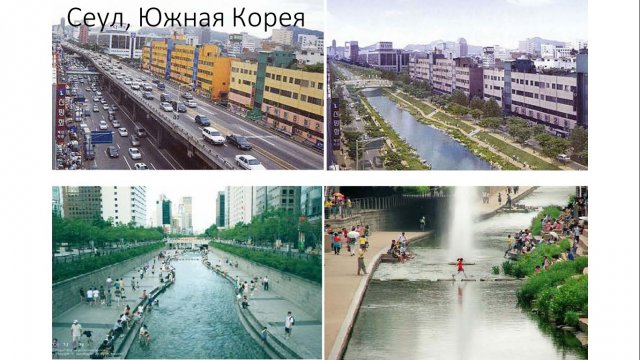 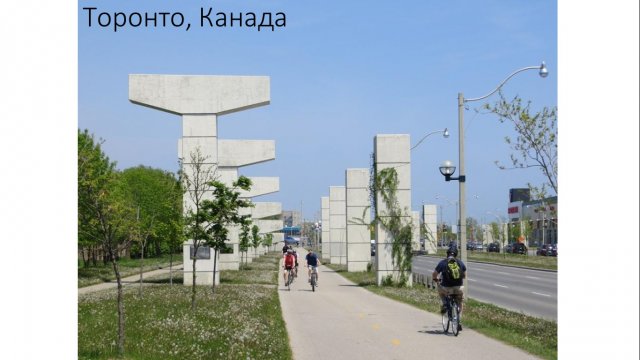 Illustrations from the presentation by Evgeny Loiko

Video with the presentation of Evgeny Loiko is available link.

If you are an activist, then at some point it may seem that all your efforts are in vain. But this is hardly the case. Most likely, the effect will appear gradually:

- The term of the activist's activity is less than the life cycle of an urban development project, which can go up to 40 years. We want to write a letter and see the changes right away, but we have to be realistic about it.

In Europe, social activism appeared much earlier, and the mechanism of participation there is also not optimal. But we are still at the stage of its formation, and yes, we will need another 30 years for it to work as we would like, - says Anastasia Yanchevskaya, Director of the Minsk Cycling Society. 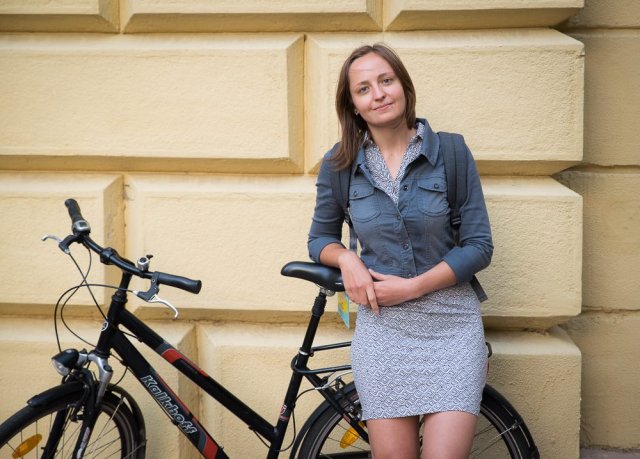 The master plan appeared along with the cars, but this is not fatal

Is there a place for a bike in the city? In short - yes, expanded - cities need to adapt after a long automotive era.

For a long time, Minsk was planning streets for cars, because the bicycle and the master plan missed each other: the first master plan appeared after the Second World War. At the same time, cars began to appear, and until the beginning of the 2000s, the master plan gave priority to them. The bike appeared only in the master plan of 2016.

"This general plan declares a balanced transport policy <...> The development of a program to curb the growth of motorization seems to be effective," says the text of the general plan. For the first time in the general plan of 2016, a cycling route scheme appeared. 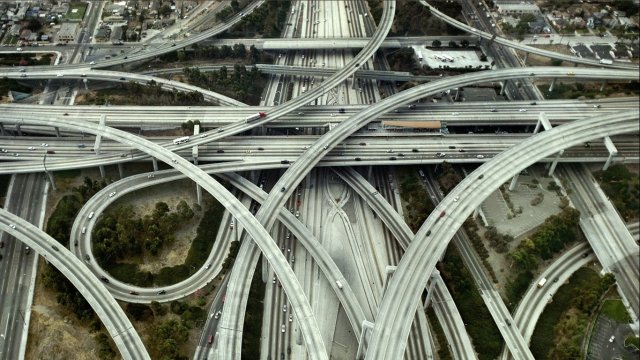 Is the master plan fatal if there is not a word on your topic? As it turned out, no: according to bicycle activists from Brest, they used to respond to their requests that the general plan does not provide for bicycle infrastructure. But after some time, the city began to change, although the general layout remained the same. Activists suggest that the administration was "given an assignment from above."

Microdistricts are a separate problem in the structure of the post-Soviet city:
- What are their microdistricts' problems? There are not enough residential streets, and thoroughfares open onto city streets. Inside these quarters, there is a loose environment without borders and owners, with poor landscaping and thoroughfares, which in Soviet times were not designed for such traffic, '' says Pavel Nishchenko. 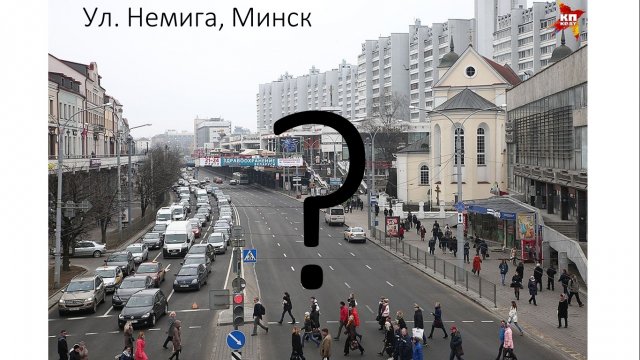 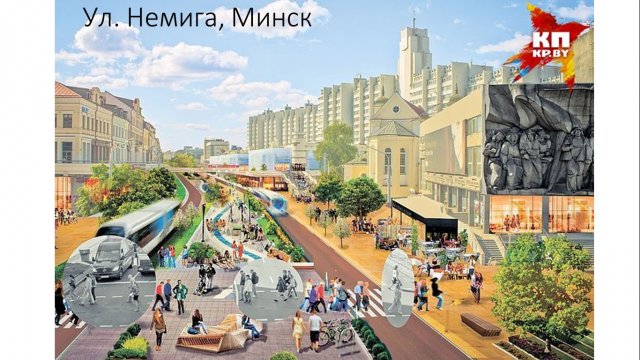 Illustrations from the presentation by Evgeny Loiko

As a result, roadsides and green areas are occupied by parking for cars, both legal and illegal. This space could be occupied by greenery, owned by cyclists and pedestrians.

“Needs and mentality are changing now,” says Pavel and assumes that some of the new buildings can initially be designed without parking.

- If you want to have a car, pay for a parking space or buy an apartment in a building with parking. And there will be many people for whom the question of the car is not important.

Why are they still building awful neighborhoods? In short, these are echoes of the experience adopted back in the 50s from the French and Le Corbusier.

Illustration from the presentation of Maxim Puchinsky

Safety and connectivity are key

Where to start planning infrastructure for a city? WITH recommendations European project PRESTO for newcomer cities with a share of cycling trips up to 10% (in Russian or English).

Often in cities, development begins with the fact that they draw a diagram of bike paths and embody it for 20 years. In Minsk, such a scheme appeared in 2011, and now it is almost never used; There are schemes for the development of cycling in Brest, Mogilev, Orsha, Lida and Soligorsk. Such schemes must be kept in mind, but focus primarily on the initial stages.

The main criterion for infrastructure is safety, but you can't get hung up on it: don't lay a road in an open field, a bicycle is still city transport. It needs straightforwardness and connectivity with the urban environment (but attractiveness and convenience are more important for recreational routes).

Illustration from the presentation of Maxim Puchinsky

Think from the perspective of an elderly person and a child

The city does not need pieces of bike paths, but bike routes are needed: from point A to point B with different ways of implementation. Combining traffic with vehicles is possible where it is safe. The secondary route can go through the pedestrian zone or through quiet streets among the estate buildings.

One of the main requirements for the network is the interconnection of trunk, main and local bike paths. It is important that there are bicycle storage facilities in the city and a public bike rental service.
What to do in a place where conflicts are likely?

- In most cases, it is impossible to get rid of them. You just need to make the conflict obvious so that people understand how to behave in this place, says Evgeny Horuzhy.

When choosing among the solutions, you must remember not only about yourself: you will not be mistaken if you look from the perspective of an elderly person or a child who needs to get to school on their own.

All lectures and presentations from the bike camp are available on the MVO channel on youtube. 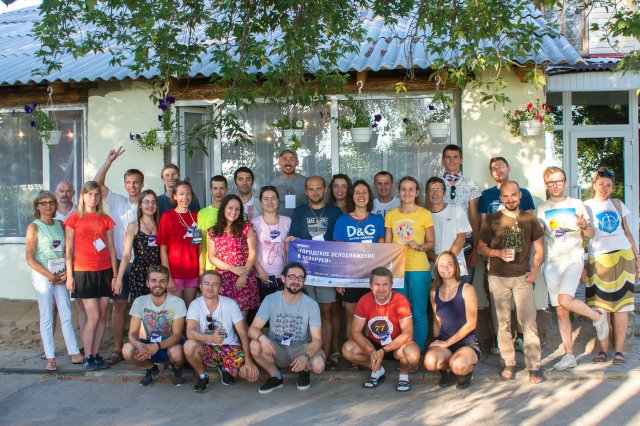 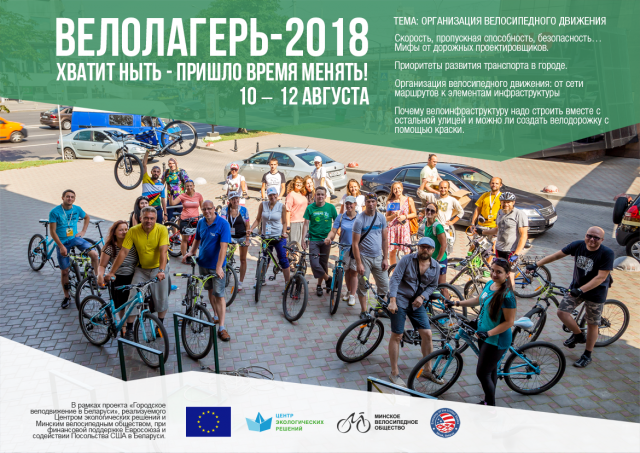 The bicycle camp for activists was organized by the Minsk Cycling Society and the Center for Environmental Solutions within the framework of the Urban Cycling in Belarus project with financial support from the European Union and the assistance of the US Embassy in Belarus. The project "Urban Cycling in Belarus" will be implemented in 2017-2019 by the Center for Environmental Solutions and the Minsk Cycling Society. 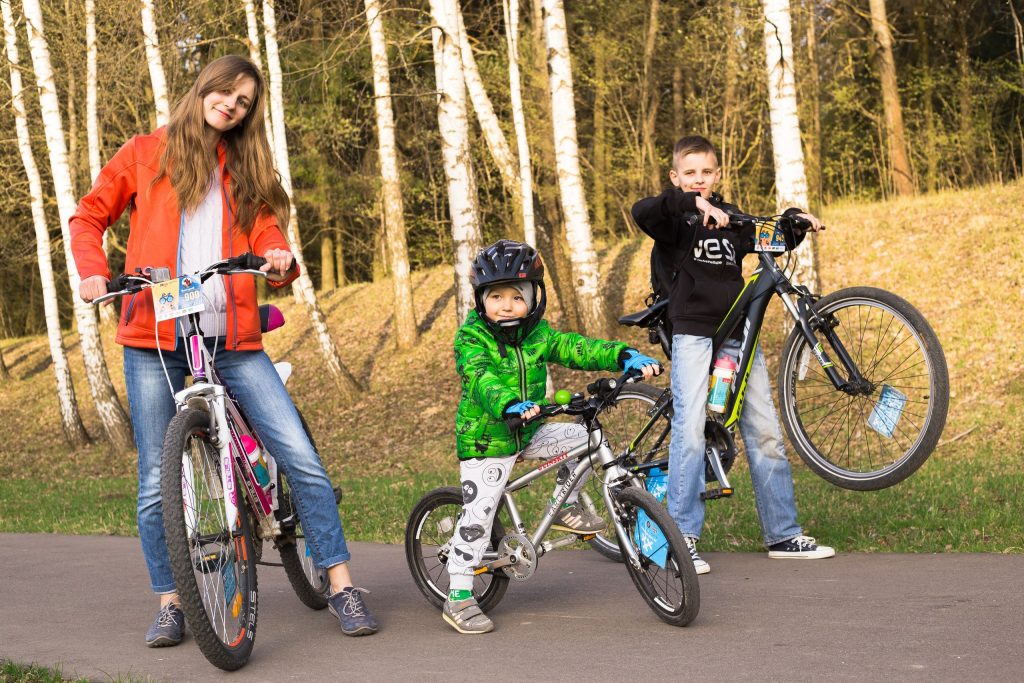 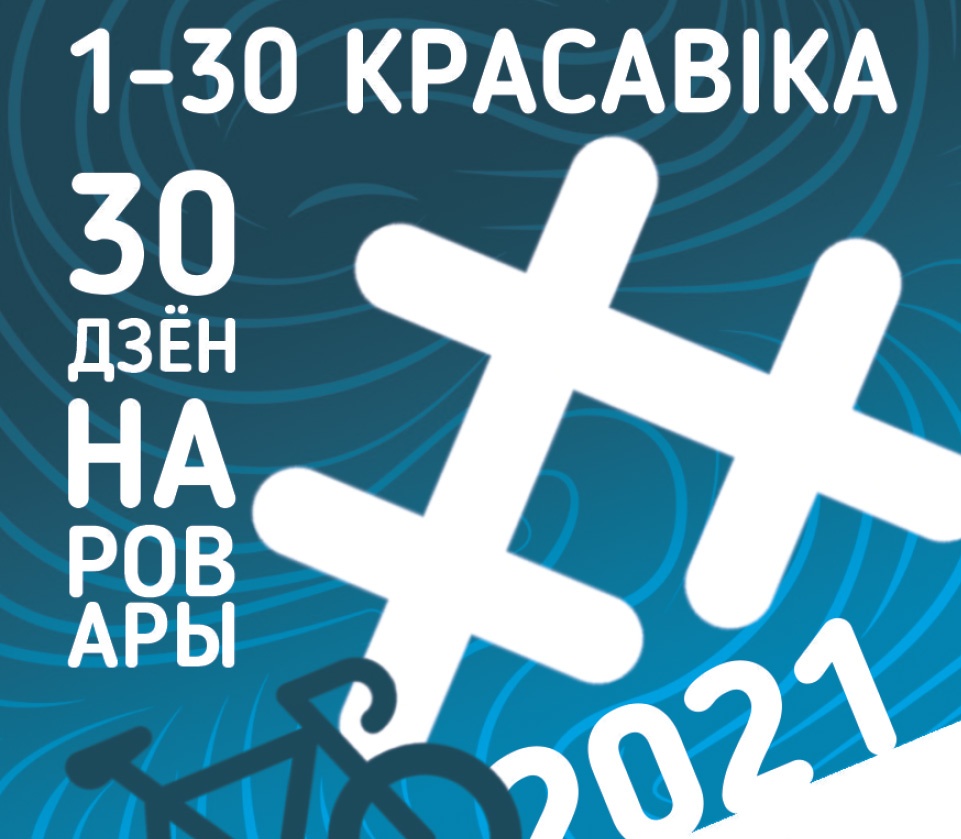 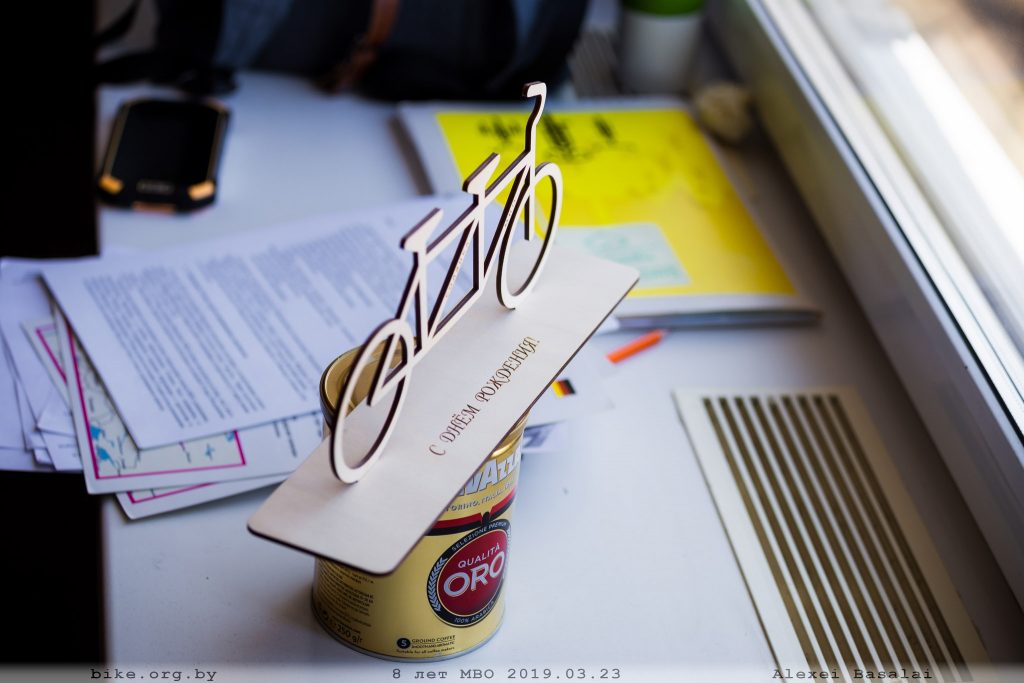 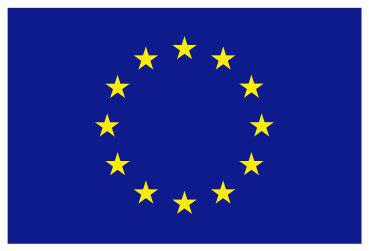